Director.  Stephen is an Archaeologist and Heritage Conservationist with over nine years of experience. Stephen specializes in the archaeology of breweries, archaeology of the subarctic and the analysis of cultural

landscapes.Stephen has obtained an Honours Bachelor of Arts in Ancient Greek and Roman Studies and

Anthropology with a Emphasis in Archaeology from Trent University.

In addition, his post-graduate studies were completed in Heritage Conservation resulting in a Master of Arts

fromCarleton University. Stephen has also been licensed by the Ontario Ministry of Tourism, Culture and Sport

as a Professional Archaeologist. Stephen has worked internationally with UNESCO during the 2010 World

Andrée joined the CARO board in 2019, as its only non-archaeologist. Formerly Canada's Ambassador to the Republic of Finland from 2013-2018, Andrée also served in Thailand, Turkey and Germany as part of Canada's foreign service, and worked for decades as a Trade Commissioner, guiding companies in their pursuit of responsible growth abroad. Andrée’s passion for archaeology and under-water treasures has brought her to many sites in Egypt and the Middle East.  Andrée brings to CARO years of experience in Europe, Asia, the Middle East and Canada. Having studied marketing, history and fine art, Andrée is a graduate of the University of Ottawa, and is an advanced open-water SCUBA diver. Andrée’s objective with CARO is to build strategic alliances to support CARO’s valuable work and contributions to world knowledge. And to help its members and partners explore, unearth and showcase sites which up-to-now have been left largely to the wind, weather and water. 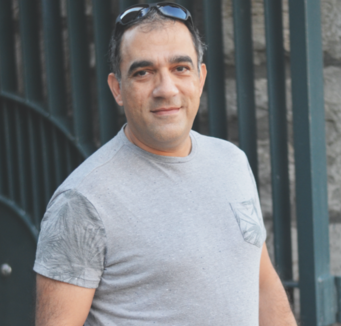 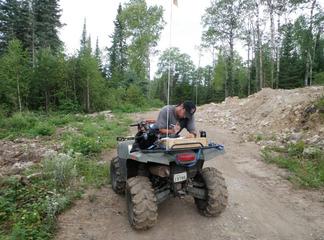 Ibrahim Noureddine PhD, Board of Directors - CEO and President

Ibrahim Noureddine (Ph.D.), CEO and founder of CARO, is an Archaeologist with multiple research interests that vary from Egyptology, Maritime Archaeology, and eastern Mediterranean Bronze and Iron Age Archaeology.  Since the Mid 1990’s, he has actively led and participated in Classical, Urban and underwater archaeological excavations from the early Bronze, Middle Bronze and Late Bronze Age periods in different parts of the world such as Syria: Tell Karma and Tell Kazel; Lebanon: Byblos, Beirut, Jiyeh and Tyre; and Egypt: Amenhotep III Funerary Temple-Luxor, Egypt, and Thutmosis III Funerary Temple- Luxor, Egypt.

Dr. Noureddine obtained his Ph.D. from the University of Granada Spain. His dissertation work focused on Harbours of the central Levantine Coast from the late Bronze and Iron Age periods, the period of time known as the collapse of the eastern Mediterranean i.e. the reign of Ramses III and Ramses IV. Dr. Noureddine is also an adjunct professor at Carleton University- Ottawa Ontario. Previously, he was in charge of the Maritime archaeological center of Lebanon and identified the Phoenician sunken harbour of Tyre in south Lebanon. Dr. Noureddine works as a consultant archaeologist in the province of Ontario holding a professional license. 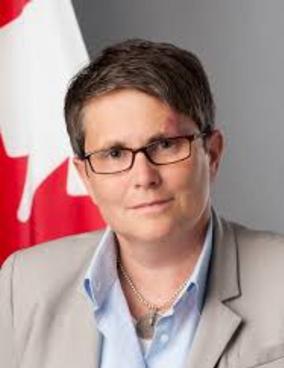 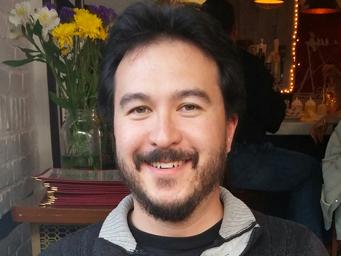 This page is not optimized for mobile devices

​Shan Ling is on the CARO board of directors serving as Secretary and Web Officer and is responsible for leading the field school programs. Shan began his archaeological career over twenty years ago at a volunteer high school excavation in the town of Oshawa.  Since then, Shan has acquired experience in Ontario, Bermuda, and the United Kingdom both as field crew and supervisor.  He has been involved with the instruction and running of three field schools in Ontario and eleven field schools in Bermuda.  At these field schools Shan instructed groups of students on excavation techniques, recording of archaeological features and structures, surveying, and artifact interpretation and processing.  He has also acted as contract academic staff and guest lecturer teaching at Wilfrid Laurier University and the University of Western Ontario instructing on courses relating to historical archaeology. Shan also helped to develop the forensic archaeology program at the “More than a Dig” program run out of Fr. Leo J. Austin Secondary school.

Shan holds a Professional Licence for conducting archaeology in the province of Ontario. He is a Staff Archaeologist for Golder Associates Ltd. in the Kingston/Ottawa office.  His research interests include Asylum/Psychiatric Hospital Archaeology and Institutional Archaeology.